Netflix’s Korean drama series Squid Game released last year became quite popular. In view of this, now OTT has announced the second season of this web series. Netflix has released the Squid Game Season 2 teaser on its social media handles Instagram and Twitter, leaving fans looking forward to the Korean thriller show Squid Game Season 2. At the same time, its director and producer Hwang Dong-hyuk has also shared some details related to it through another note.

Netflix has posted on its Twitter handle announcing the second season of the series, with the caption, “Red Light…Green Light! The Squid Game is officially coming back for Season 2. In the second tweet, a special note has also been shared for the fans by its producer Hwang Dong-hyuk.

Squid Game is officially coming back for Season 2! pic.twitter.com/4usO2Zld39

Apart from this, a note has been shared by Netflix in another tweet, in which Squid game writer, director, and producer Hwang Dong-hyuk has given a message to fans. It is written in this note that it took 12 years to bring the first season of Squid Game last year. But, it took just 12 days for Squid Game to become the most popular Netflix series. The note further read that as the writer, director, and producer of the squid game, great excitement for fans around the world. Thanks for watching and liking our show, and now, Gi-Hyun returns. The Front Man Returns. Season 2 is coming. The Man in Suit may also return. You will also be introduced to Cheul-us, Young-hee’s boyfriend.

Story of the first season of Squid Game

The story of this series is based on people who are in debt. These people are asked to participate in a game by luring them with money. After which these people take part in the Korean game. At the same time, all the participants participating in this game are killed one after the other. The last survivor becomes the winner, who is given prize money of $ 38.7 million. 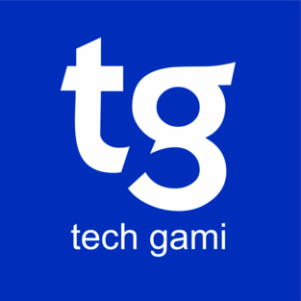 Lori Gillen is a Blogger/Content Creator who is specialized in the field of Digital Marketing & Data Analysis with 5 years of experience. Currently working at PPCexpo as a Senior Content Creator.

Must-Haves in Your Next Gaming PC

As soon as Battlegrounds Mobile India was launched, 10,000,000+ players joined